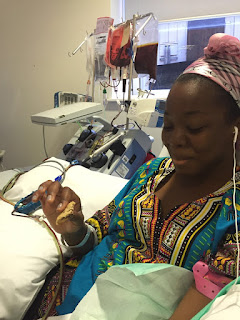 In the spirit of living my best life I started writing this en route to Miami with my oldest childhood friends and I feel like it’s only fitting to share with you the story of my worst crisis (which I experienced while travelling). I can’t even say for sure what it was that caused this crisis but imma tell you everything that happened leading up to it.
I spent a full 5 weeks of summer 2016 with family in New Jersey. It was a very fun holiday and I did so much during my time there that wasn’t until the penultimate day that I realised I haven’t been swimming yet. I was thinking how can I spend a whole 5 weeks on holiday and not go swimming once?!…So obviously I went swimming.
Mistake no. 1 – during this time I admit I was not a consistent user of my medicine that I was required to take daily, I only took it whenever I remembered/felt like it.
Mistake no. 2 – I spent quite a while in the pool as if the water was warm. I didn’t think of the drastic change of temperatures that my body will go through.
For a short while after my swim I was feeling happy & fulfilled, I could go home saying I did everything I wanted to do that holiday but the swim took a lot out of me, I was knackered, so I took a nap.  I woke up a couple hours later to sickle cell pain in my legs, I couldn’t walk. At first I was thinking “Tito don’t panic, just use medicine, go back to sleep and when you wake up you’ll be fine”… it didn’t really work out like that.
I remember looking around and the only medicine I had near me was ibuprofen.
Mistake no. 3 – For months prior to this holiday I was experiencing severe stomach aches. They were becoming so frequent and increasingly painful that I had to book emergency appointments at the hospital. It took a while for my doctors to figure out what was causing the stomach aches but eventually they said it was my usage of non-steroidal anti-inflammatory drugs (NSAIDs). I was given medication to use alongside my painkillers which I was told should prevent the stomach aches. Even though I was given this advice I found that taking the new medicine along side my painkillers didn’t work for me, I still had the stomach aches.
Mistake no. 4 – When I started to feel pain that day I didn’t want to let anybody know, I just wanted to recover quickly and continue like nothing ever happened, my pride wouldn’t allow me to ask my family to get my other painkillers so I used the ibuprofen and the other medicine & went back to sleep.
I woke up around 9pm and the pain in my leg was basically gone so I finished packing my bags and I chilled with my family for the rest of the evening.
Its now the morning and I’m checking in my luggage in the airport and saying my goodbyes (the rest of my family we’re coming back on a later date) when I start to feel the pain in my stomach again. My heart sinks at the knowledge of the pain that is to come. I told my dad and he arranged for the airport staff to bring me a wheel chair, there really wasn’t much we could do besides put me on my flight and hope I recover quickly.
My first flight was a 7 hour flight to Lisbon, Portugal. I don’t remember it being that bad, I was just falling in and out of sleep. However, the trouble starts when I get to Portugal.
My connecting flight to London was in a hour but because I needed a wheelchair to move around I have to wait till the plane was empty and for the porter to get me to the right place. By the time I entered the airport I’ve already missed the connecting flight…wonderful.
I had to wait 2 hours for another flight and my pain was getting worse. One of the doctors in the airport came to speak to me but the language barrier was too great and there was only so much that google translate could do. She gave me water and paracetamol. I didn’t use it. I didn’t eat/drink anything on the journey back to London because I was scared that it’ll make it worse.
I got up from where I was sitting to use the toilet and I noticed that my urine was DARK. I know what my urine looks like when I don’t drink enough water but this wasn’t it, this was a whole new colour. I go to wash my hands and I look at my reflection, my eyes are green. Not the yellow I see when I don’t drink enough water. Green. I really wish I had a picture to show you guys but this chart will have to do👇🏾 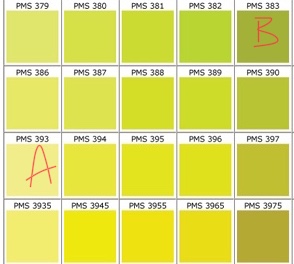 Normally if I don’t drink enough water over the course of a few days my eyes will look like A, but when I saw my eyes they were looking like B.
I immediately became so self conscious. Looking down and squinting my eyes when I was talking to someone.
Before I got on my flight to London I called my mum to tell her how worried I was and she gave me the typical response “drink more water”.
I finally get wheeled onto my flight and it was so cramped.
It was one of the shortest flights I’ve been on but it felt like an eternity. I felt so sorry for the person sitting next to me because the way I was moving was so erratic.
Again I was one of the last to leave the flight. I was wheeled through security to baggage claim where I found out they lost my luggage…great. I was then wheeled to where my mum was parked.
As soon as she saw me she started panicking, she didn’t expect my eyes to be that colour. She immediately took me to the hospital and I was admitted within the hour.
Several test were taken over the next few days and they all came back inconclusive.
This when it was decided to just treat my symptoms, the extreme jaundice & pain.
The pain killers: morphine, dihydrocodeine & paracetamol were on heavy rotation and it was advised that I should have a red cell exchange as the substance that causes jaundice (billruben) was at a significantly raised level.
So, for those of you who didn’t/don’t plan on following the link, a red cell exchange is like a blood transfusion but while new blood is being given to you, blood is also being removed from you simultaneously. The red cell exchange removed the majority of the sickled cells from my system and replaced them with healthy red blood cells, and as my abnormally shaped blood cells were removed so were the symptoms that they caused. My chances of having a crisis were significantly reduced, my anaemia and jaundice were basically non-existent.
It’s basically the closest I have ever been to feeling like what I imagine to be a typical healthy adult. When I got discharged I remember I decided not to drink water for a whole day just to see what would happen and I was so happy that my eyes stayed the same white colour.
The results of a red cell exchange are temporary of course, until the donated blood cells die and my body replaces them with my usual red blood cells, but hey, it was fun while it lasted.
There was no real conclusion/answer to what caused my pain. I was discharged a couple days after the red cell exchange and I’ve stopped using NSAIDs.
This post is just to say that you may be going through what seems to be the worst thing but remember “this too shall pass”. I spent forever trying to find out what was wrong but now I’m just thankful that I haven’t had the same problem since.